November Students of the Month 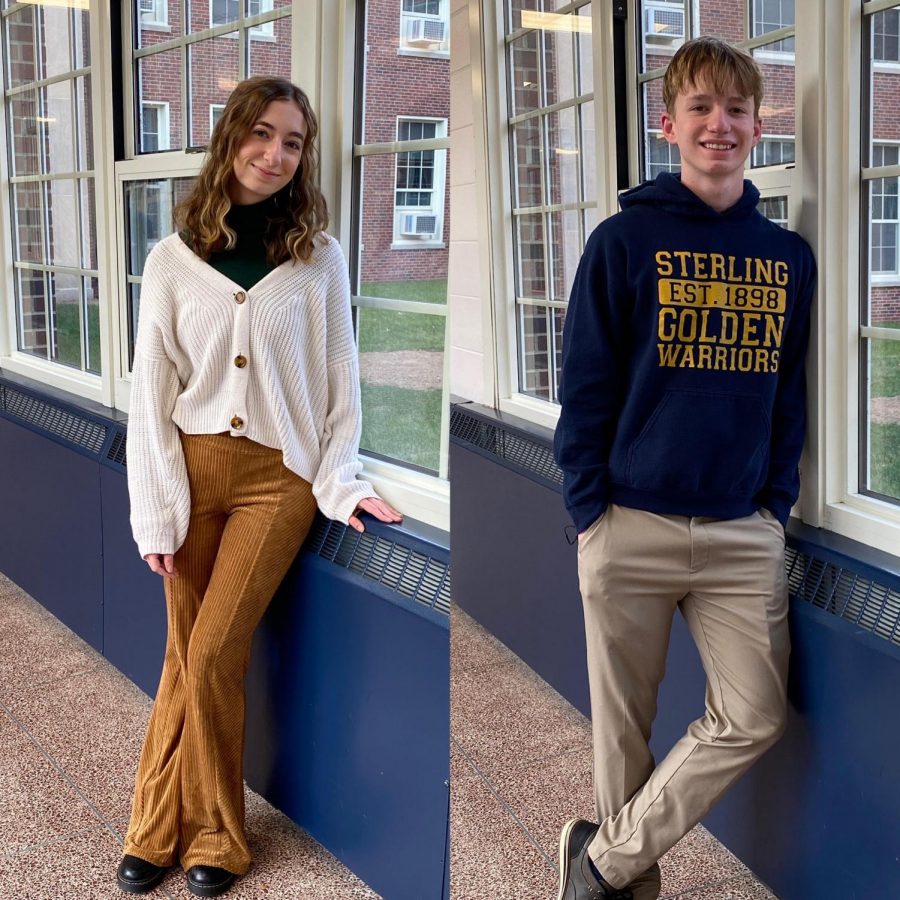 An exemplary student deserves to be recognized not only by their peers, but the surrounding staff members that have helped them get to where they are today. At Sterling High School we honor these students by giving them the title of “Student of the Month.” For the month of November, the students are Tori Arduini and Lucas Clark.

Throughout high school, Tori Arduini has a 4.27 GPA. She has taken many AP classes such as AP Calculus AB, AP Literature, AP Psychology and many more. She has also been awarded many honors and achievements such as AP scholar with distinction, Freshman Student of the Month, and Rotary Scholar. Arduini  has participated in multiple clubs and activities here at SHS including tennis, speech, student council, Key Club, orchestra, theatre, and National Honor Society. She is a two-time state speech qualifier and a Speech Regional Champion. Many leadership positions have been given to her such as tennis team captain, current student council co-president, first chair viola, and the lead role of Mowgli in “The Jungle Book.”

Outside of school, Arduini  has volunteered for over 200 hours at CGH Medical Hospital. She has also volunteered at nursing homes and assisted living centers through Key Club, student council and orchestra. Her hobby is painting and with that she has started small businesses selling commissioned pet portraits. She loves hiking with friends, rollerblading, and journaling.

As her high school journey comes to an end, she plans to major in biology and has the intentions of becoming a doctor or environmental scientist, while also working on scientific research and development projects.

Our second Student of the Month is Lucas Clark. He has a 3.974 GPA and has also taken many accelerated and AP classes. For example, Accelerated English, AP Calculus, AP Economics, AP Chemistry, etc. He has earned honor roll recognition and has participated in rotary lunch. Clark is an all-around leader in the classroom by being an example of a hard-working student. He is a member of the SHS Varsity Swim team and National Honors Society as well as Robotics club. His awards include 1st team all Conference Western Big 6 400 free relay, and second team All Conference Western Big 6 500 free. His leadership positions include being an administrator for the robotics club. Clark has also been on the varsity swim team all four years of high school.

In his free time, he does many different forms of volunteer work. He also enjoys riding bikes, swimming, lifting, and playing video games. Clark plans to go to a four-year college and he is undecided on what his major to pursue.

Both of these students are substantial leaders in this high school and around the community. Congratulations to our November Students of the Month!