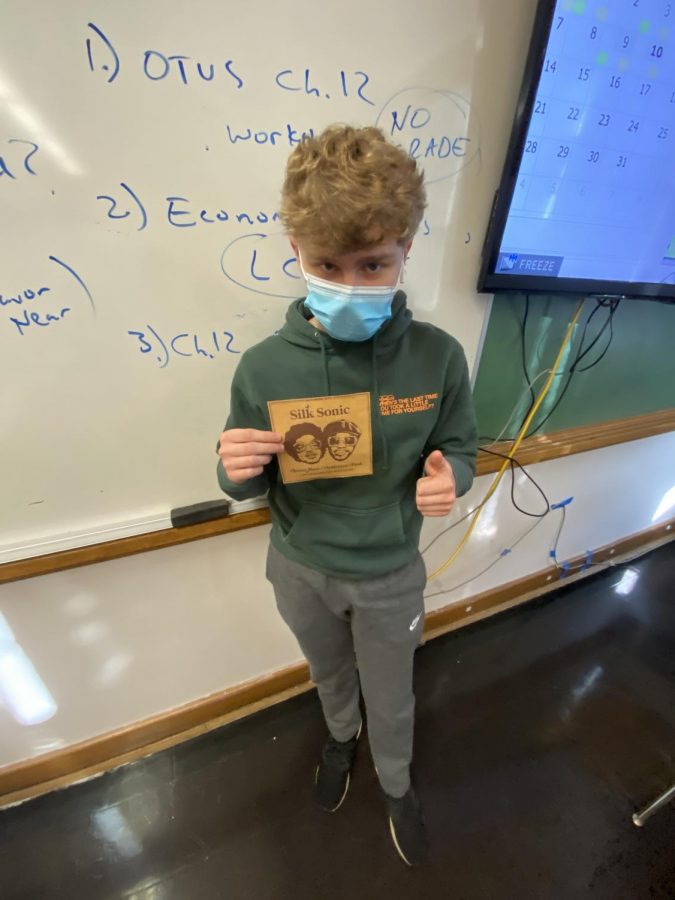 Bruno Mars and Anderson Paak came together to form the funky group “Silk Sonic,” giving the world a blast from the past and delivering one of the best albums of the year in “An Evening with Silk Sonic.” It is out now on all streaming platforms and can be bought on vinyl, DVD, or can be bought digitally.

This album shoots the listener straight back to the soulful seventies, fusing it with elements of modern pop. The vocals are outstanding, which is just what we can come to expect from Bruno Mars at this point in his career. Anderson Paak is the lesser-known of the two, but it’s not because of a lack of talent. Their voices work together perfectly, and oftentimes they trade off singing verses throughout the album such as on songs like “Leave the Door Open.”

Unfortunately, this album is on the shorter side. It is only nine songs long. The good news is that they took a quality over quantity approach, so every song on the album is unique and very high-quality.

Songs like “Skate” and “777” are groovy bangers that are sure to put you in a good mood, while “Put on a Smile” features some heart-wrenching lyrics and some of the best vocals on any song this year. “Smoking out the Window” is also great, with more amazing vocals and humorous lines scattered throughout the track about a woman who isn’t staying faithful.

“An Evening with Silk Sonic” is a major hit and possibly Bruno Mars and Anderson Paak’s best work. It is easily worth it to give this album a listen because the sound that Silk Sonic managed to create is something that hasn’t been made since the 70s.  They play off of each other so well and the talent is through the roof with this group, and it showed with this project, ultimately giving the world one of the best albums of 2021.